I’ve had a great start to 2017.  Throughout January and February, my health has been stable, so I’ve taken advantage of my plateaued condition by filling the calendar.  For me, it’s important to make memories, see people, live life whilst I still can.  A catch up, a night away, a day trip, a dinner party.  Something exciting to look forward to.  My body can only cope with one or two fun but tiring events each week, so memory-making is normally reserved for the weekend, and weekdays continue to be days of recovery and rest.  As always, I’ve pushed my body to its limits, and battled the symptoms, so I can cram in as much living as I can.  Family days with my nephews: balancing on a seesaw with oxygen, eating sticky orange cake, knocking over a Jenga tower.  A weekend away with old childhood friends: losing at Scalextric against the competitive youngsters, eating a magnificent Indian feast, admiring the new grown-up family home.  Babysitting energetic Nate overnight: building dinosaur world, reading picture books, shooting water in bubbly baths.  Catch ups with my best friends: posting toys with Agnes, dinner party chats, cakes and tea.  I’ve had a great start to 2017: I’ve lived life and loved life. 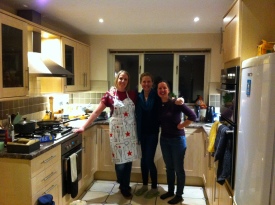 A housewarming with childhood friends Kate and Louise! 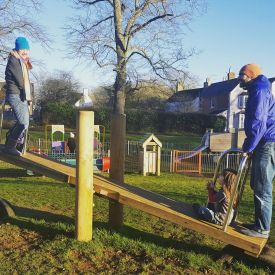 Oxygen on the seesaw! 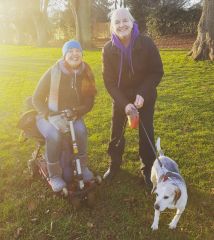 Dog walk with my Mum 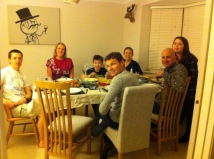 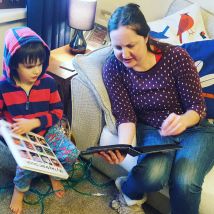 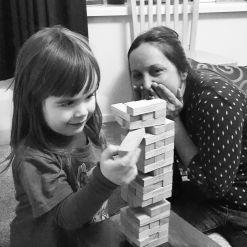 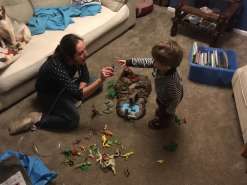 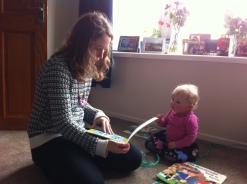 A visit from Zoe and Agnes

But then at the end of February I was suddenly forced to stop as my body battled an illness.   I started to feel ill the week before our visit to London, so wasn’t as well as I hoped to be on the trip.  When I returned, it developed into a cold- my first since being on oxygen.  A normal illness that would only hinder others, knocked me over.  My body was exhausted, weak and fatigued.  For a week I lived on the sofa; wearing pyjamas, wrapped warm with a scarf and hat, snuggled under a blanket. With no energy for even dressing or washing, Phil took  over the running of our lives.  With a blocked nose, breathing in supplementary oxygen became increasingly difficult.  One day on the phone to my friend, I had to suddenly sit down and lean against the kitchen back door- I was too tired to sit up independently and talk at the same time.  A lunch date with my old university friend Alison, which had been in the diary since last year, had to be postponed.  So for the first time in months, I had a couple of weeks of nothing followed by a weekend of nothing.  On the upside, I took advantage of my Amazon Prime trial that fortnight, and watched hours of films for free!

But the rest helped and two weeks into my illness, I started to gain strength again, and was able to get out of my pyjamas!  However my body was still not happy.  Although I felt ok in the morning, I would suddenly be overwhelmed with exhaustion in the afternoon.  Exhaustion that needs a sleep now, immediately, quick!  And my oxygen saturations would plummet!  Most people’s blood is oxygenated to 100% at all times.  Without supplementary oxygen my saturation levels (SATS) fall to the 70-80% during activity, but with oxygen they remain about 95%.  However during that week, even though I was breathing in oxygen, my saturation levels nosedived whenever I moved.  Walking 10m to the kitchen- my SATS would be 82%, standing up- my SATS would be 90%, folding my clothes- my SATS would be 73%… despite inhaling oxygen every time!  I’ve used supplementary oxygen for a year now, and this was the first time it couldn’t correctly maintain my oxygen levels.  It was a scary time!  A GP checkup revealed no answers.  My chest was clear, no temperature, blood test results were within normal parameters.  I was once again a mystery.

After three weeks of illness, and a week of falling oxygen levels, thankfully they suddenly normalised again.  With trepidation, I went ahead with our very-late family Christmas day with my Dad.  Opening presents, eating chocolate coins, wearing Santa hats.  After the excitement and activity, I was inevitably fatigued and ill the next day.  However one day of exhaustion, turned in to two days of exhaustion, which turned in to three days of exhaustion.  My body wasn’t recovering.  It was struggling again.  But still I couldn’t work out why. 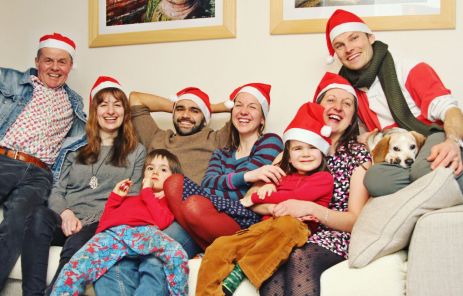 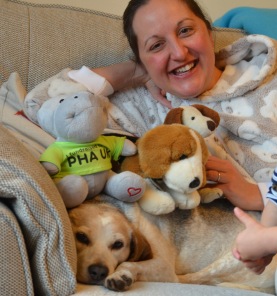 Luckily, I had a planned appointment with my Brompton doctor.  Amazingly despite my weak arms and legs, my lungs worked well and I managed to walk 440m on the six minute walk test.  My furthest distance ever!  Amazingly my echocardiogram results were equally great.  My heart is still pumping strongly, and coping wonderfully despite the lung problems.  If it wasn’t for the mystery blip, it would have been smiles all around.

My doctor was equally worried by my recent health problems.. but also equally baffled.  All of the standard tests indicate that my body is well and coping, yet the symptoms tell a different tale.  My doctor explained that we don’t yet have a test for whatever is causing my problem.  The assessments we use normally to check the condition of the lungs, heart and blood, identify issues with the majority of the population.  But PVOD is incredibly rare.. and unknown.. whatever is causing my symptoms is not being tested by the standard assessments.  My symptoms have a cause, but with the tests we have access to, we just aren’t in a position yet to know what.  Maybe it’s hormones or tiredness or an infection.  Maybe it’s due to my recent medication change.  Or maybe it’s the natural progression and deterioration of the lungs.  With only a handful of people diagnosed with PVOD, doctors have a limited understanding of the disease, and no knowledge of its oddities or progression.  So they can’t say if this is the start of the end, or just a blip on my journey.

With a rare disease, everything is unknown.  “We don’t know” is the standard reply to most of the questions I pose to my consultants.  I have had to learn to accept that there is not enough knowledge, no answers.  My disease is a mystery, how my body copes is a mystery, why it struggles is a mystery.  But strangely I feel ok about it.  I have learnt to accept it.  I have learnt to feel calm with the not knowing, and relaxed with the unexplained.  Because I cannot change the situation.  All I can do is wait and hope and wait and hope.

My body is struggling.  But we don’t know why.  I can only hope and wait. 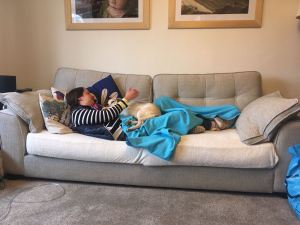 One thought on “A Month of Illness”