When Phil and I were dating, we loved to visit an abandoned piece of history.  A fort, a ruin, a tower, a monument, a gun battlement.  If one was spotted on the horizon whilst out walking, we’d change our route and make a beeline.  We’ve hiked up hills, scrambled around cliff edges, and trekked across fields, just to reach a solitary deserted dwelling.  We’d curiously peer through the doors and windows, and if unlocked, excitedly venture in and explore.  And there, sitting in a ruin, surrounded by silence (or sheep), we’d debate it’s history.  I liked to think they were mostly pirate hideouts. 😉 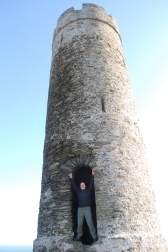 We also loved the grander and bigger sites: churches and castles and historical homes.  Although they unfortunately required admission fees, and had to be shared with others ( 😛 ) they could however be explored without danger.  Walking around ramparts, jumping over walls, climbing into window spaces, racing up spiral staircases.  Phil read the signs and plaques, before giving me a brief lowdown.  I took reels of photos, capturing every quirky feature.  Then we’d lie together on the grass, licking ice cream, imagining living in such a location. 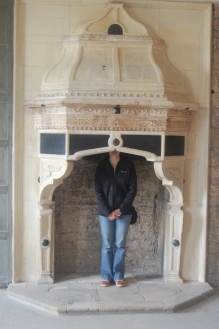 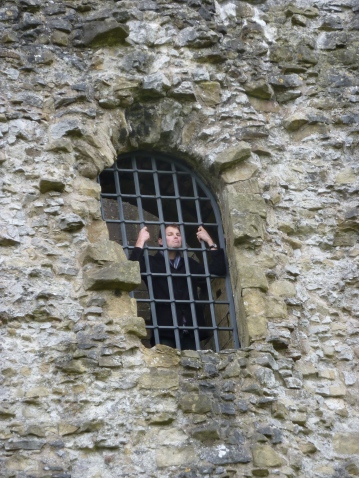 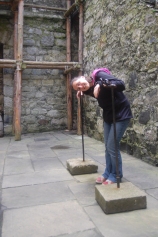 So when we got married, some kind folks treated us to a wonderful present: English Heritage membership.  Hundreds of ruins and castles waiting for us to clamber over and photograph.  A fabulous gift that never ends.  As yep, we weren’t just treated to membership for one year… we were made gold members.  I have life membership of English Heritage… in the words of Alanis Morissette “Isn’t it ironic”!  It’s amusing to remember that when we received our gold cards eight years ago, we were incredibly proud of ourselves for being so forward-thinking.  Instead of waiting for retirement before taking out life membership (like most do), we were instead going to benefit from another forty years worth of free visits.  We arrogantly assumed we’d be able to visit all 400 properties in the next sixty years together, so started an official tick list.  Embarrassingly in the beginning, we even had a spreadsheet calculating how much we’d ‘saved’ ourselves by not paying admission fees.  Luckily that was quickly abandoned, as I suspect we’ve not yet broken even, and an unfortunate terminal illness is threatening the number able to be visited going forth.  🙂

When I became very poorly with Pulmonary Hypertension, I lost a lot of ‘my life’.  90% of my hobbies had to be abandoned because of my illness.  Only 10% of my old life remains.  Only 10% of my old life, I can do now.  Happily, I can still visit English Heritage properties.  Granted I can no longer climb up the towers, walk around the ramparts, or clamber in the windows.  I can no longer walk through the moat, balance atop the walls, or visit the upper floors.  But I can still be there.  I can still explore every ground level nook and cranny on my scooter.  I can still photograph every gargoyle and fireplace and arrowslit.  I can still lie in the grass and imagine and think.  I can still listen to the audio talks, eat my picnic in the ruins of the grand hall, taste all the sample chutneys in the shop.  Importantly, we can still do it as a couple: A joint hobby, a shared love.  Consequently, since I’ve been ill, our English Heritage handbook is flicked through more frequently than before.  The wonderful wedding gift that keeps giving.  Especially in these harder times. 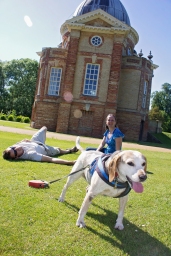 So a few weeks ago we went to Avebury for four days; our longest ever trip in the Bumblebee.  Phil was keen to recce ‘The Ridgeway’ -a long distance path that runs through the area- in preparation for an upcoming race.  So I packed plenty of books, ready for a relaxing rest at the campsite.  A last minute destination choice, I didn’t research the area until we were driving down.  So imagine my delight in discovering that Phil’s running recce, could be combined with an English Heritage bonanza!  It is a superb part of the country, dotted with historical sites throughout.  There are five hill-side white horses surrounding the town of Avebury alone- and two World Heritage Sites within half an hour of each other!  Fabulous!  So my relaxing plans were quickly abandoned, and instead a list of targets drawn up.  We walked amongst the giant stones of Avebury and West Kennet Avenue, and did impressive off-road scootering around the outer mound.  We explored every inch of Old Sarum; Phil often having to push my scooter up the steep mounds.  We admired dramatic Silbury Hill, the unusual Sanctuary, and had lunch atop Barbury Castle.  We joined the crowds at the magnificent Stonehenge, and then visited it’s less popular cousin Woodhenge.  We got sun burnt whilst picnicking at Uffington Whitehorse; and I scootered to my first trig point atop Uffington Castle!  And amazingly Phil even managed to fit in some training runs!  😛 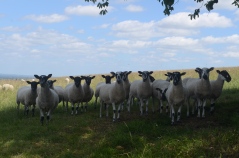 Scary sheep staring at us when we were having our picnic!

Scootering along the ridge at Avebury 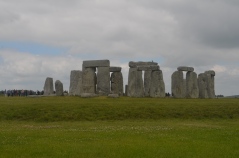 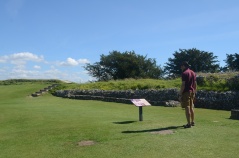 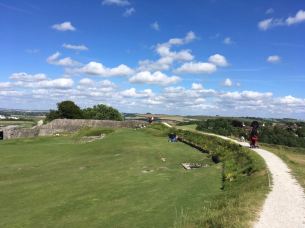 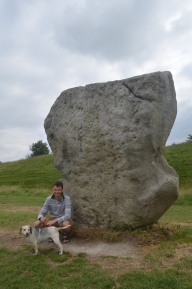 So our relaxing holiday turned into an exhausting holiday!  Although I was ill on our return, it was worth it to visit places I’ve long read about in our English Heritage guide.  And as we ticked off so many properties in one week- I’m closer to visiting them all before my time is up! 😉