In the world of illness, it takes a long time to get answers.  Ideally, if someone becomes poorly, they should be able to see their doctor the next day… tests should be done then and there… and doctors should meet together urgently to discuss the patient’s case.  But in reality, these processes take much longer to organise.  Unless you’re an A&E emergency, there are many weeks between each of these steps.  It is unsurprising, as every day one million people rely on the mere 100k doctors that comprise our wonderful NHS!  But as a consequence, although I first started deteriorating in July, it is only now -in late October- that I have a conclusion.

In the middle of July, my body began to struggle.  I was breathless with every movement, continually nauseous and shaking.  My body was exhausted; extreme fatigue demanded that I spent the next two months on the sofa.  Although occasional short trips were managed, they were always followed by a week of severe symptoms and illness.  Phil was forced to become housewife and carer… on top of his full time job.  I could do nothing really, except lie and sleep and read and watch TV.  Although my symptoms were intensified and extreme, I didn’t report it to my consultant for two months.  I have an illness where blips have become a feature.  Random and unexplained deterioration for a few weeks… before normality returns.  I’m not one to report to A&E, to run to the hospital, or panic about every problem.  I’ve learnt to cope on my own, to face the scary days, to self-diagnose and self-manage issues as much as possible.  I’ve learnt to ride the storm. 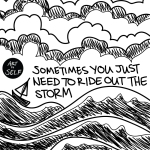 But the storm didn’t go away.  The calm seas didn’t return as normal.  After contacting my lovely PH nurse at the Oxford Hospital, I was offered an appointment with the Brompton team on their next visit.  Luckily only one week later.  Convinced my heart was failing again, I was nervous inside but with a brace face on the outer.  The first test which shows deterioration is psychologically going to be the most difficult to do, and for me it was to be the dreaded Six Minute Walk Test.  Despite feeling ill and nauseous and sweating…I walked 460m!  My furthest ever distance!  Yes furthest ever!  In fact, my lungs were not the biggest hindrance, but rather my jelly-like legs from lack of exercise recently.  The Echo-cardiogram of my heart showed no sign of struggle or failure, meaning my heart is not the cause of my current increased symptoms.  Wonderful!  The consultant was perplexed by my case, and even double-checked all my scans.  We concluded that my lungs must be deteriorating, so further lung tests at the Brompton needed to be done within the fortnight.

But the cogs of the over-worked and very busy NHS, sometimes take an age to turn.  A week after my previous appointment, I’d still not got a date to go to the Brompton.  Or heard from them at all.  It transpired that the lung function department strangely had an enormous six week long waiting list, and my two consultants (Respiratory and PH) could not find a matching date when they’d both be available to hold a joint clinic with me.  After much chasing, I was eventually offered an appointment in November… which would be ten weeks after I first reported my illness!  Stressful!  Much deterioration, much decline, much damage can occur in a ten week period.  Especially with PVOD.  I was determined to be seen earlier.  Maybe they could stop the deterioration?  Maybe I could be prioritised on the transplant list?  Early action is beneficial for both.  Besides, waiting means worrying… with knowledge comes acceptance.

And so I had to fight to get what I needed.  I had to phone and email and phone and email.  I had to pester and be persistent, and offer compromises and solutions.  It was exhausting having to do this when I was ill.  Although I recognise that the marvellous Brompton hospital are overworked and busy and trying their best, I do find it sad -and disappointing- that I needed to work so hard when I felt so ill.  If I was less confident or feeling more poorly… then I’d be forced to accept the long long delay.  In the end, a lucky cancellation meant I was slotted in at the very start of October.

And wonderfully and amazingly -yet confusingly and perplexingly- my lungs do not appear to have worsened either!  The ‘Lung Function Tests’ showed no real change; my lungs are still struggling with gas exchange (TLCO) but continue to function at 30%.  The ‘Pulmonary Exercise Test’ showed an appallingly poor Ve/VCO2 score for my age; but it is comparable to my last test.  Once again, the respiratory consultant was baffled by my recent problems.  Maybe my symptoms have just altered over time?  Even without disease progression, symptoms frequently change, get worse or improve, as the body copes with the illness.  Fatigue could now be a more prominent symptom for me for no reason.  Increased lethargy would also cause increased breathlessness, as the body might be too tired to breathe.  Or maybe my lungs have deteriorated but the tests are not showing it yet?  Very occasionally deterioration can be felt before it shows in clinical results.  As my body has a habit of doing the rare and unusual… we can’t rule that one out just yet, so I’ll be retested in January. 😛  I needed to wait a further fortnight for my case to be discussed by my PH team.  But again, even with the combination of many clever and knowledgeable brains, there was no obvious explanation for my recent increased symptoms.  I’m a puzzle once again. 🙂 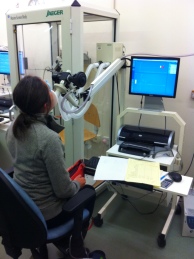 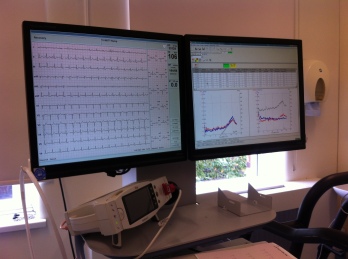 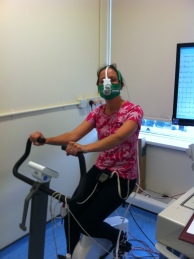 So no explanation means no solution. I cannot alter or change my PH medication for fear of a dramatic exasperation.  Although it is possible to increase my steroids, I can only do so in an emergency.  Steroids suppress the immune system, which would be unwise for me during ‘coughs and colds’ season.  Any respiratory illness now could damage my lungs further, or even prevent me from being transplanted (I can’t have the operation if fighting an infection).  As my clinical test scores are stable (even if my symptoms are worse), I am to remain on the normal transplant list, and not be advanced to the urgent one.  So for now I have to plod along as normal.

I came away feeling like a seesaw.  On one hand, I’m elated that my test results are not showing any reason for why my body is struggling currently.  The optimist in me is rejoicing, and hoping that without a noteable problem, maybe my health could return to pre-summer levels.  Maybe I could regain my activity levels.  But on the other hand, I’m confused and baffled.  I genuinely expected bad test scores, to be told my heart or lungs had worsened.  I’d prepared myself and was ready to accept that outcome.  So to be given the all clear is confusing.  The anxious part of me remembers that I’ve been in this situation before… being told there is no reason for my symptoms, before eventually discovering that there is.  I endured eight years of being told nothing was wrong, before being diagnosed with PH… two years of bafflement before I was found to have PVOD… six months of increased symptoms before discovering my auto-immune dis-regulation.  Am I once again displaying symptoms of another ‘missed’ condition?  Should I be happy or nervous?  I’m a seesaw.

So as always, I’m getting on with it.  I’m ignoring the what-ifs and the worries, and I’m back to living and laughing.  I’m plodding along with a smile… ’cause there is no other way.  Acceptance of the unknown, and acceptance of lack of control, are both the daily realities of living with rare -very rare- diseases. 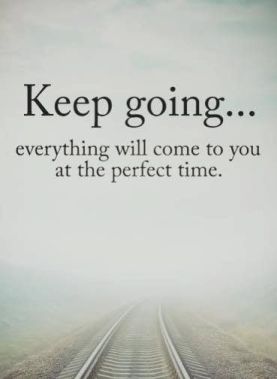 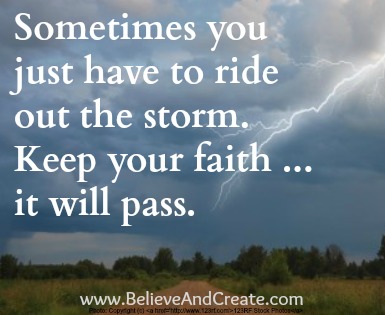 One thought on “Searching For An Answer”